Welcome to History Carnival 162 at "Another Pair Not Fellows", so named because certain "runaway" advertisements from colonial American newspapers default to this archaic phrase when describing absconders wearing mismatched sleeve links, stockings or shoe buckles. To give but one example: a Dutch serving man in New Jersey took to his heels back in 1773 with

This is my third time at the turntable as host of the History Carnival (see HC 56 and HC 100) but it is the first time in many years.  It is also the first time at this blog, where my 18th Century historical interpretation and material culture research interests went to live after I put Walking the Berkshires on ice.  So let me be your DeeJay and I'll lay some righteous history grooves on you here at Another Pair, &c. 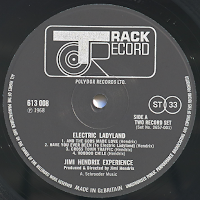 TRACK 1: "1985" - BOWLING FOR SOUP.  You get two phat months for the price of one with History Carnival 162, covering both December of last year and January of this one.  Hipster youth, and others like me who are old enough to be their parents, will appreciate that this happy circumstance is akin to savoring the double LP of "Blonde on Blonde" or "The White Album" in all its sprawling glory.  In keeping with this musical vein, Not Another Music History Cliché unravels some Mozart Myths.  For a history of the spinning discs themselves, from the shellac era to the rebirth of vinyl, look no further than this post at Vinyl Lovers Unite.

TRACK 2: "AMERICAN PIE" - DON McLEAN.  If you prefer platters of a different sort, you might be inspired, as was Rich Halpern while at the AHA 2017 Annual Meeting this month, to investigate The Muddled History of the Denver Omlete at the AHA Blog.  Early Modern Whale is making Umble Pie, while Four Pounds of Flour makes a Chicken Country Captain from the 1850s and ponders naturalization.  A Tapster turned Highwayman is revealed at the blog Here Begynneth a Lytell Geste of Robin Hood.  At Process: a blog for american history, Mario Sifuentez makes a good case for lying to his students by offering "a class called the history of food but it’s about workers."

TRACK 3:  "THE REVOLUTION WILL NOT BE TELEVISED" - GIL SCOTT-HERON.  Because the era of American Independence is an old standard here at "Not Fellows", the next cuts on our Carnival relate to research and historical interpretation of this general period.  Don Hagist at British Soldiers, American Revolution continues to document the lives of otherwise anonymous enlisted men with a profile of Robert Mason of the 23rd Regiment of foot, who first appears on the battalion rolls at the tender age of seven.   Kitty Calash's post,  Occupy Princeton, describes a brilliantly conceived public history event in which a force of military occupation and its impact on the lives of local civilians (mainly women) had center stage.  British Tars 1740-1790 examines A New Sea Quadrant, 1748, and describes this useful navigation aid as well as the apparel worn by the sailor depicted with it. J.L. Bell at Boston, 1775 looks for evidence of "a comma in the middle of a phrase."  At the Sign of the Golden Scissors describes a contract to design clothing for two figures - woman and child camp followers - for a permanent exhibit at the new Museum of the American Revolution in Philadelphia.

TRACK 4: "DON'T YOU (FORGET ABOUT ME)" - SIMPLE MINDS.  Judith Weingarten at Zenobia: Empress of the East, asks "Where are the Real Women of the Ancient World?" Where indeed, and while we are at it, Yvonne Seale wonders, "where are the Medieval women in your college survey course?" Phoebe Evans Letocha guest blogs at Medical Heritage Library on Women Veterans of World War I.  Our Girl History dares to interpret the untold.   Over at Last Real Indians; Trace L. Hentz calls out selective memories and historians and institutions that are that are late in acknowledging suppressed and oppressed history.  It is a nettlesome read and worth taking the the time to do so, particularly for insights like this:

"So, how DO you keep violence alive in a museum exhibit or book but not make people throw up or pass out? Very carefully...Memory Studies are a new big thing. Memory is emotional, so history done right is capable of invoking a wide range of emotions..to create empathy but not traumatize."

TRACK 5: "AIN'T GWINE WHISTLE DIXIE" - TAJ MAHAL.  Kevin Levin, who has been deeply engaged with memory studies for more than a decade at Civil War Memory, shares his excitement about the newly designated Reconstruction Era National Monument at Beaufort, South Carolina.  Millard Fillmore's Bathtub examines a letter written by its eponymous ex-president to Abraham Lincoln in 1861.

TRACK 6: "RESPECT" - ARETHA FRANKLIN. The Women's History Network introduces us to Edith Morely, Britain's first female professor, while Historiann laments; A woman's work is never done (part II), and even when it is, it's not on the syllabus.  The Australian Women's History Network hosts a tribute in celebration of the internationalism of feminist historian Marilyn Lake, with reminiscences by her many colleagues and friends.

TRACK 7: "THE EDISON MUSEUM" - THEY MIGHT BE GIANTS.  Blogs hosted by institutions large and small weigh in with such fascinating posts as a 2,000-year-old pet cemetery at Smithsonian.com (hat tip: World History Blog) and Gremsdoodle Library with 22 blocks in Schenectady.  Another Upstate story is revealed by Hoxie! in a post about armless train announcer Fred Lillie.  Just a short way up the canal, the Friends of Scoharie Crossing tell us about the notorious locks known as The Sixteens.  Our friends at Fort Ticonderoga blog discuss the heavy casualties taken by provincial rangers under Robert Rogers during the Battle on Snowshoes in 1757.

TRACK 8: "OLD AND IN THE WAY - DAVID GRISMAN".  David Gills at Looting Matters looks back at disputed cultural property and illegal trafficking in antiquities during 2016.  Dumpdiggers lauds the trend in office lobby museums and describes an artifact of office printing technology from the 1880s, now on display at a business in Toronto.  Flavia at Ferule and Fescue muses about the relevance of reference books in the digital age.

TRACK 9:  "U.N.I.T.Y." - QUEEN LATIFA. The group blog The Australian Women's History Network generated a number of excellent posts as activism against gender violence.  Among these are Lucinda Horrick's Out of the Closets: A Homosexual History of Melbourne; Dianne Hall on Early Modern Domestic Violence; Sheilagh Ilona O’Brien on Witchcraft and Communal Violence and Vera Mackie discussing militarized sexual abuse during the Asia-Pacific War. 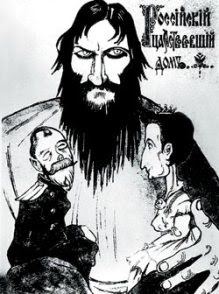 TRACK 10: "EVERY DAY I WRITE THE BOOK" - ELVIS COSTELLO & THE ATTRACTIONS. Up next, we've got a number of book reviews. Casey Schmitt at The Junto discusses Sowande' Mustakeem's Slavery at Sea: Terror, Sex and Sickness in the Middle Passage.   Viola at bookaddiction shares her thoughts on Paula Byrne's biography of Kathleen "Kick" Kennedy.  Jonathan Dresner at Frog in a Well offers a thought on military and transnational history in lieu of a review of Kenneth Swope’s A Dragon’s Head and a Serpent’s Tail: Ming China and the First Great East Asian War. The Renaissance Mathematicus reads an excellent biography on Kepler's mom.  Legal History Blog offers lessons learned from writing The Chapter from Hell.

TRACK 11:  "PLASTIC FANTASTIC LOVER" - JEFFERSON AIRPLANE.  It is hard difficult to resist a scholarly blog named Dirty Sexy History, or a post in which Jessica Cale investigates unabashedly whether Rasputin really was a love machine. Among other things, a case is made that while the Mad Monk was hot, sex for and with him was a spiritual experience. At this same blog, Dr. Stephen Carver offers a straight faced, though hardly straight laced study of The Ancient Lays of Rome.  Expect to hear more from DSH, as they will be hosting HC 163 in March.

TRACK 12: "HOUSE OF THE RISING SUN" - THE ANIMALS.  At Art and Architecture, Mainly, Hels highlights Greenwich Village in New York - Art , Literature, Progressive Politics.  English Buildings profiles The Victoria and Albert Museum. For period architecture of quite a different sort, check out the extraordinary, scratch-built 28mm scale model siheyuan block at the historical war-gaming blog Major Thomas Foolery's War Room.  Museum dioramas were my gateway to history as a little boy, and the research and artistry brought to this grownup project are of the highest order.

TRACK 13:  "WHAT IT MEANS" - DRIVE-BY TRUCKERS.  Alternate facts abound with America's post-expert POTUS. Historians know the difference and they document the hell out of it. Executed Today burns a werewolf. The Many-headed Monster examines the history of Fake News in the 17th century and compares it to that of the present day. Airminded investigates claims of Death Ray development between the wars. 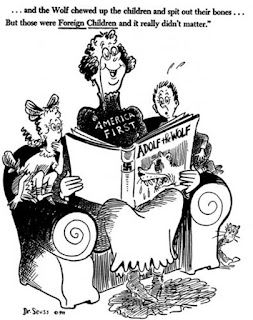 TRACK 14. "HELP SAVE THE YOUTH OF AMERICA" - BILLY BRAGG.  The verdict of The Progressive Professor puts Barack Obama in the top 10 (now of 45) American Presidents.  Politics and Letters calls out Henry the K and compares him to Doctor Strangelove at the ending of the American Century, adviser as he is to the now President Trump while he slams the Open Door of US Foreign Policy. The Broken Elbow chronicles the lengthy record of Martin McGuinness as IRA Chief of Staff.  Patrick Rael demystifies the 13th Amendment and its impact on mass incarceration at Black Perspectives.  Nigerian History Channel considers models of national reconciliation 47 years after the end of the Nigerian Civil War.  Timothy Burke cautions at Easily Distracted that we need to start to recognize our connections to conspiratorial readings as well as our alienation from them.  Chris Gehrz writes at The Anxious Bench on Faith, Resistance and Self-Sacrifice and concludes;

"if we find ourselves...governed by 'an irresponsible clique that has yielded to base instinct' — then I can only pray that God will give me and you the strength not to hesitate, not to calculate or procrastinate, but to defend what is right without fear."

BONUS TRACK:  "FIGHT FOR YOUR MIND" - BEN HARPER.   My favorite sign from the global Women's Marches in January reads as follows:

"What do we want? Evidence-based Science!"
"When do we want it?  After Peer Review!"

So say we all.

Time to face the music.  Yes, this was actually a carnival of history's untold stories and under-represented voices, all served up with musical accompaniment.  I actively sought to highlight these posts and bloggers and you can too.

The next edition of the History Carnival -
No. 163 - will be at Dirty Sexy History. Be sure to nominate the Best History Blog Posts of February, 2017 and consider hosting this Carnival yourself.

Tim Abbott
I started blogging in 2005 at Typepad with Walking the Berkshires, a wide ranging blog that won a Cleopatria Award in 2008 for the best series of History Posts. That blog is now dormant, with my shorter posts and social interaction happening on Facebook, my nature writing in a column that also began in 2008 in my local paper, and my historical research (and humor) interests finding more focused outlets in three different blogs I maintain on Blogger and a Twitter Account called Zenmaster George.